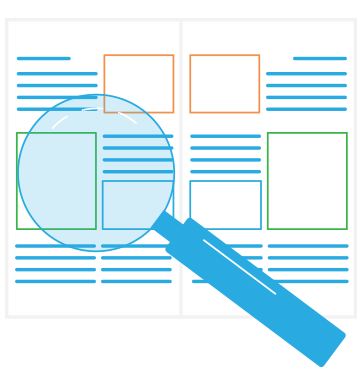 ORPALIS is pleased to announce the release of the professional edition of PDF OCR. PDF OCR Pro converts more than 100 file formats to searchable PDFs. Many features are included to enhance productivity such as multithreading and command line support.

This new edition is dedicated to businesses and organizations with several innovative and productive features.

The Professional Edition now supports more than 100 files formats, including JPEG, JPEG2000 and JBIG2 compression schemes, SVG and raster images formats like TIFF and DICOM, as well as a wide range of RAW camera formats.
There is no need to convert documents and images to PDF before performing OCR anymore, which is a very significant gain of time for companies.

The Free Edition can recognize English, French, German, Italian and Spanish. With the Pro Edition, there are now more than 60 languages that can be processed and accurately read by the OCR engine, making PDF OCR Pro a very comprehensive tool that can be used on most documents.

The multithreading process can be applied on both multipage documents and multiple documents. The number of threads depends on the power of the machine where PDF OCR is installed. PDF OCR automatically applies the correct number of threads without any intervention of the user. Productivity is dramatically enhanced with multithreading and hundreds of pages can be processed at once.

The command-line interface is the fastest way to operate a software and it uses much less memory. Also it does not require Windows to run.
PDF OCR pro can be automated with command lines and can be fully integrated in organizations processes.

The professional edition is distributed in two versions: PDF OCR Pro for Desktop (Windows starting with XP SP3) and PDF OCR Pro for Server (Windows server 2003 minimum). The server edition has been developed to be integrated in production lines.

A comparison matrix is available to compare all editions of PDF OCR at https://pdfocr.orpalis.com/comparison-matrix/

ORPALIS has created a dedicated website for PDF OCR at http://pdfocr.orpalis.com/ where the software can be downloaded and bought.

ORPALIS is specialized in automating large-scale document-based processes, providing document imaging and document-management toolkits as well as software tools for the general public. ORPALIS is creator, developer and owner of the comprehensive document imaging toolkit series released under the brand "GdPicture", now a worldwide known and respected leader in the imaging technologies industry. More than 12,000 developers based in over 70 countries have included GdPicture components in their applications. In 2011 ORPALIS releases PaperScan, marking the beginning of a new line of products meant for end-users. PDF Reducer is launched in 2013. In 2015 a most powerful universal HTML5 viewer and document management kit called DocuVieware is made available to the public. The same year, a software tool for converting scanned documents to the searchable PDF/OCR format, the ORPALIS PDF OCR, is launched. In 2016 DocuVieware Lite Free HTML5 Document Viewer is released.
www.orpalis.com / www.gdpicture.com / www.docuvieware.com

No registration required. Just choose your edition to start the download.

Your order will be processed via our reseller (2Checkout) website pages.